The Elephant Tap was first designed during a collaboration between UNICEF and Aalto University in 2011-12 when students researched and prototyped WASH solutions in the Ugandan school context. The Elephant Tap is a single-push tap designed to dispense optimal amount of water during optimal amount of time to wash ones hands properly and without the risk of recontamination. Students continued to prototype different versions of the tap throughout phase I of the UniWASH project in 2014-16.

The early version 1 of the Elephant Tap was cast aluminum tap. A student team evaluated the Tap and made recommendations for next steps. Some of the detected technical defects were: rusting, diminishing water flow,  and heavy weight. There were also questions of feasibility for mass production, among them high unit cost, real user need. Despite the defects, the Elephant Tap was the most developed and promising prototype of all the different concepts created by the student group before the time of UniWASH project. Therefore, the Tap prototyping was continued as a student project during UniWASH.

Elephant Tap was one of the two student concepts that were chosen for continued testing in UniWASH phase II. A new version of the Tap has been produced by Biolan in 2018 and the taps will be tested for proof of concept in Mozabican schools. UNICEF Mozambique will be carrying out the testing. 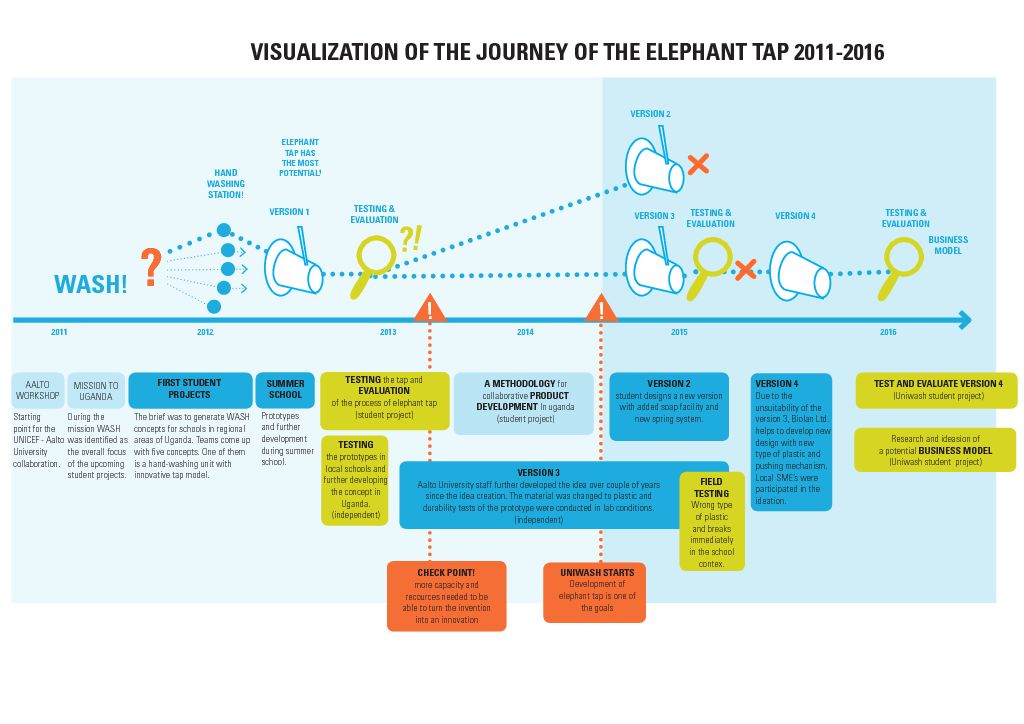